Delayed onset muscle soreness. What it is and what you can do to help 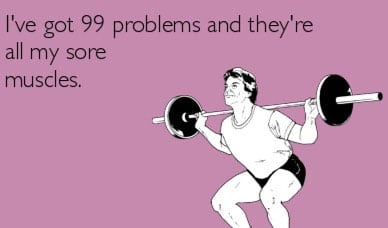 Returning to the gym or exercise after a period away often results in a in generalised ache and discomfort in the muscle groups used. This phenomena is often referred to as Delayed onset muscle soreness or DOMS.

What are the symptoms of DOMS ?

Delayed onset muscle soreness is often charcterized by muscular pain that typically peaks 24–48 hours after the exercise and subsides within 96 hours in more significant cases.

The severity of soreness varies as a function of the following factors;

As a rule DOMS is a bigger issue when the exercise is a relatively new large movement pattern or one that hasn’t been done in a few weeks or months.

What happens to the muscle to create DOMS ?

First a bit of muscle anatomy and physiology.

Muscle fibres are created by muscle cells called sarcomeres which are essentially a connective tissue framework that houses the active or contractile part of muscle. 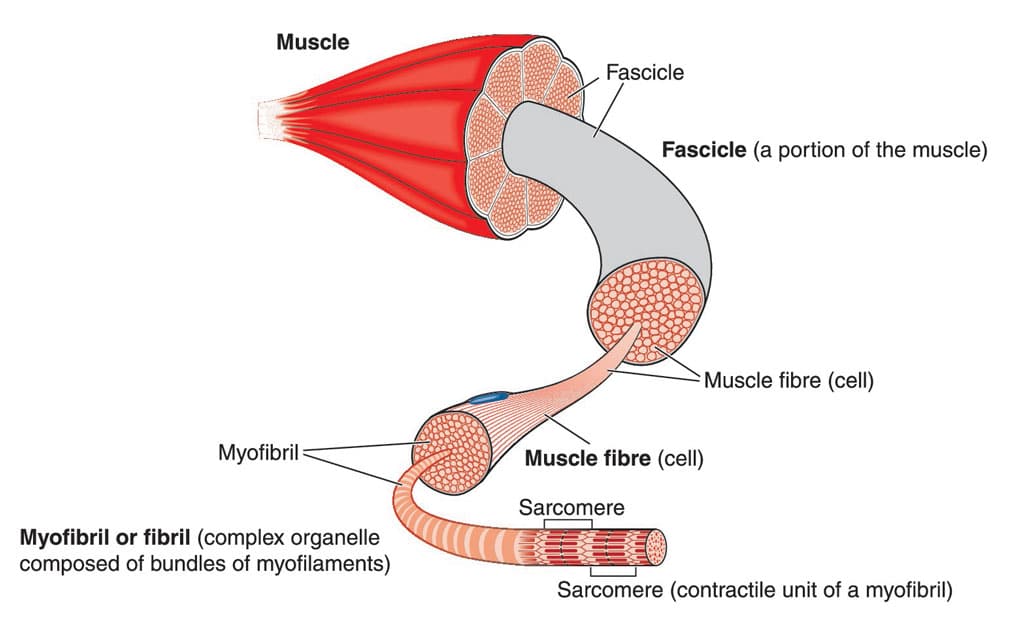 During the eccentric contraction the repetitive loaded stretching component cause the damage. This involves :

It is thought that the muscle tissue that is affected is often the less mature cells or the muscle cells that are ready to be replaced. As dramatic as this all sounds it is a self limiting phenomena that usually peaks at 36-48 hours post exercise and resolves by about day 4.

If you have a good training background the effects are usually less pronounced than if you are starting out for the first time or coming back from a long layoff.

What can you do to ease the effects of DOMS ?

Research published in the Scandinavian Journal of Medicine and Science in Sports found that marathoners consuming tart cherry juice five days before, on the day of, and 48 hours following their races reduced muscle soreness. And how’s this for the cherry on top? The athletes also showed signs of improved muscle recovery and function.

Tart cherries are rich in anthocyanins, colorful antioxidant compounds that are believed to work their magic by decreasing the effect of those free radicals.

Don’t like cherries? Red raspberries are another great source.

The science: Multiple studies show that pre-workout caffeine consumption can reduce subsequent muscle soreness and fatigue. In one study published in the Journal of Pain, the strategy scored exercisers a 48 percent drop in DOMS.

Research from a 2014 study found that a post-exercise massage can significantly reduce pain. And over the long term, regularly getting massages may increase your body’s ability to fight off DOMS.

Schedule your sports massage directly following your workout. In the study, immediate massage was more effective at promoting tissue regeneration and reducing fibrosis compared to massage delayed 48 hours after exercise.

Similar to massage, foam rolling is all a relieving tension in the muscle’s connective tissue. Research has found that rolling out your muscles can help reduce delayed onset muscle soreness. It can also improve performance in subsequent workouts.

This may be one of the most effective methods. performing a 20-minute bout of low- or moderate-intensity cycling immediately following a high intensity workout can cause a reduction in muscle pain along with a added boost in strength.

So there are our top 5 tips to ease DOMS. On the other hand just suffer on for 48 hours after your session and you should be fine. It will be better the next time you do it.