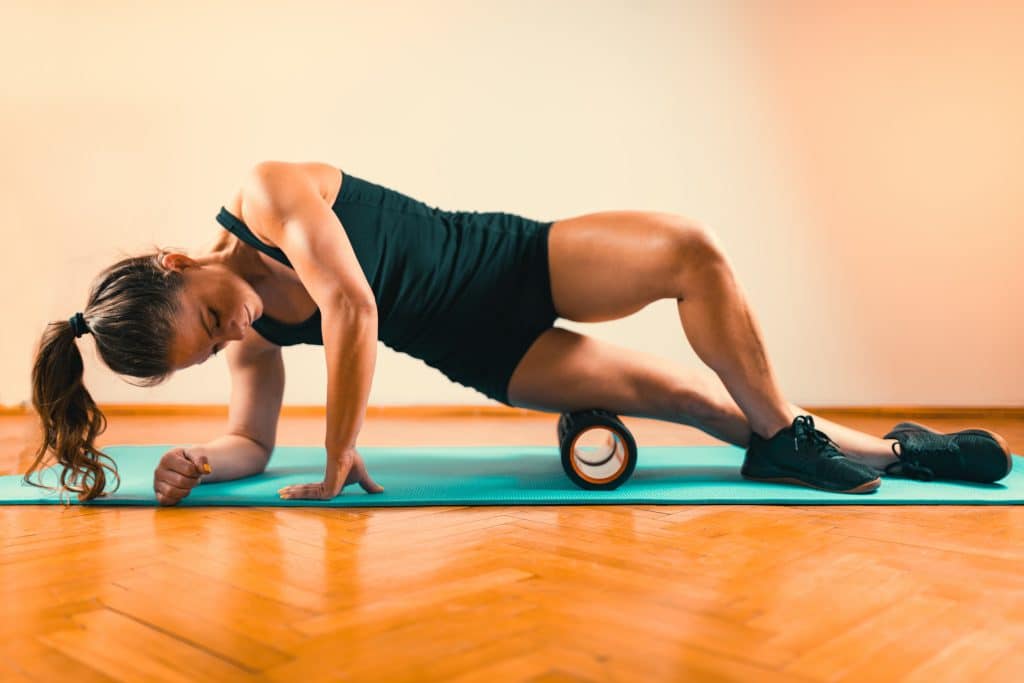 Are you  a runner or cyclist that gets a pain at the outside of the  just above the knee ? Are you foam rolling religiously with no long term benefits ?

If this sound like you  read on as this is for you as it will provide the answer to the problems of the ITB.

What is the Iliotibial band or the ITB as it’s more commonly known ?

ITB syndrome is a common injury in sports or activities that require a repetitive bending and straightening of the knee, especially around a 30 degree knee range of motion. Hence why runners and cyclists are prone to this issue.

What is the ITB and what does it do ? anatomy of the ITB

The ITB is a thick fibrous band of fascia that originates from the fascial  components of major hip muscles at the side of your pelvis , these being the gluteus maximus , medius and the tensor fascia lata.

It travels down the outer side thigh  blending with the outer quadriceps muscles  and attaches into outside aspect of the kneecap and Gerdy’s tubercle on the outside of the tibia.

It is a very strong structure and is similar in structure to a form of tendon tissue but with smaller amounts of elastin making it  incredibly difficult to stretch.

What does the ITB do ?

The ITB’s main functions are to help stabilize the knee when standing or in the stance phase of walking without the body relying on the quadriceps working continuously. This would be very taxing on the quads from an energy perspective.

The other role is it acts like an elastic spring especially in running and walking. As the knee is flexed and moves forwards it creates tension and stores energy in the ITB. Then when the leg swings back this releases the stored energy assisting with forward movement. Again this is a very energy efficient way to move.

Why does the ITB cause pain ?

As the knee is repetitively flexed and extended when we run or cycle this creates friction and compression at the side of the knee. Due to the source of the pain is suspected to be a highly innervated fat pad between the femoral condyle and the ITB and it is this that becomes inflammed and painful. The underlying bursa and actual rubbing of the  ITB on the femur have also been suggested as potential sources of the pain.

The main issue is that regardless of which tissue is the sensitive one its seems to be compression or friction at this point that is the issue. This is why …

Why doesn’t the foam roller or massage fix ITB  for the long term?

Foam rolling and massage may give symptomatic relief but in most cases the problem either persists or becomes  a recurrent problem. This is because you are using a compressive or friction based treatment which is the same mechanism that causes the problem.

What is the best way to sort ITB syndrome ?

The most important aspect is to identify factors that are contributing to the problem. These ususally are a combination of the following issues.

Here’s a simple bodyweight exercise program to use if you suffer ITB issues based on the most common issues that are easy to address.

the ITB is ” tight “, probably not really short though,  and causing friction due to weakness of the gluteal muscles at the pelvis that it originates from. This weakness and possibly an associated overactivity of the TFL contribute to this issue.

There is some debate as to whether you can actually stretch the ITB ad if it actually has any long term permanent changes. However maximising hip mobility and the flexibility of hip flexors , rotators and the hamstrings can be beneficial in treatment of this condition.

Undoubtedly a common issue we hear at the clinic is one of people making sudden jumps in their volume of training  or not taking enough rest.  Its the scenario of going from zero to hero in as short a time as possible.

Also sudden changes in surface that they are running or cycling on can influence these symptoms. A change from flat to more hilly or uneven surfaces can overload the ITB and cause increased friction. The flip side to the coin is runners who run the same course on the same camber may overload the leg that spends most time on the downslope.

The solution to this issue is gradual exposure to more challenging terrain and also altering the course you do so you don’t overload one side more than the other.

Have you ever seen a sprint cyclists thighs ! impressive quads.

Individuals that have large lateral quadricep bulk  will naturally increase the tension of the ITB and the compressive effect it then has against the femur. As such cyclists and the “sturdier ” built runner is probably more at risk. As this is not something we have control over its more relevant to focus on the above issues to resolve the problem,