Cadence and its role with overstriding in running 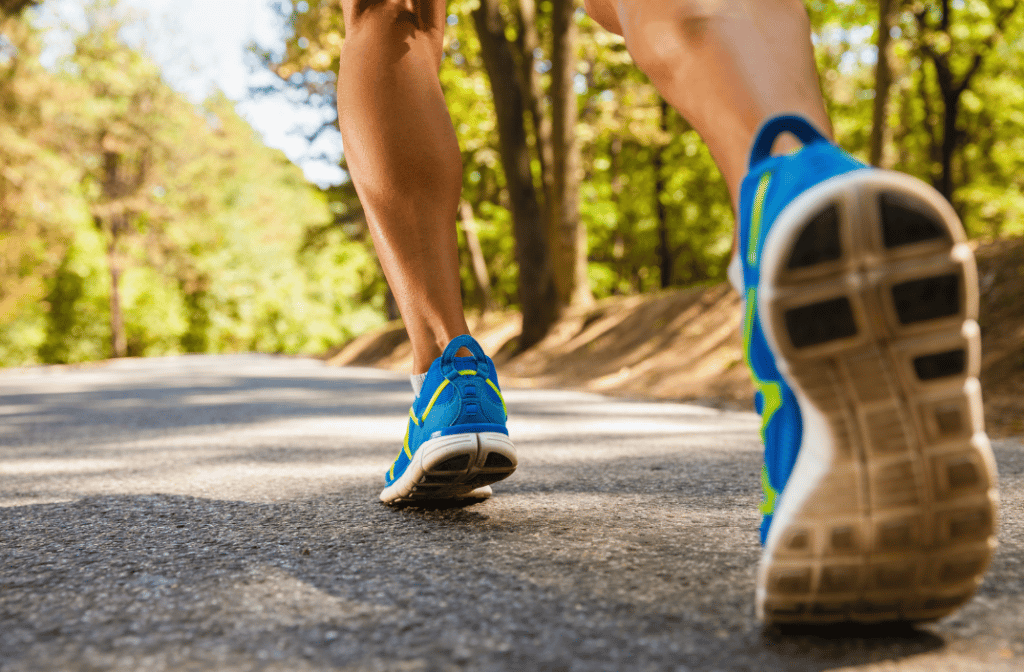 Cadence essentially refers to the number of steps taken within a minute. For running, the magic number seems to be around 180 for most people. Over-striding is a common technical error we see with running, which reduces the cadence to generally around 160. The most common presentation we see with over-striding is a large heel strike with the foot often far in front of the knee, rather than the heel landing underneath the knee and only slightly in front of the hip.

So what is wrong with over-striding? 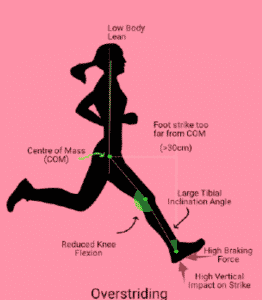 Well when landing quite hard on the heel, the force that goes up the leg which the body then has to compensate for is quite large. This stress can present most commonly as knee pain, but also as foot, hip or lower back pain worsening with increased distances. Due to the heel not landing under the knee, it often slows the running speed down, making the body work harder to keep up the average pace.

Another common way we determine if someone is over-striding is by using video analysis of their running pattern, to slow it down and pause it to directly determine the heels positioning on initial contact. There are also a multitude of other concerns we look for using video analysis such as pelvic movement, knee and ankle positioning, but we will go into that more in another blog.

So how do we fix it?

Well this is where cadence becomes so important. Fixing the number of steps we run per minute will automatically transfer to having a smaller stride length. We can do this by literally counting, or using a step counter on your fitbit or apple watch to count for you.

If you notice you’re an over-strider, start by increasing your cadence slowly by 8-10 steps a minute. Starting slowly and allowing your body to get used to the change in running will minimise the chance of other injuries occurring. It should take at least a few weeks up to 3 months to increase from 160 to 180 steps per minute. 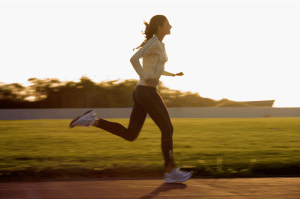 Now this doesn’t mean increasing how fast you’re running. I could see how that would be quite intimidating. But instead, just shortening your stride, and aiming for more steps over the same distance should keep your pace the same. You should feel a difference in the landing pressure of your foot. Rather than it previously being more back of the heel, if done correctly, it should be more mid foot and almost flat footed. You should also notice then the foot lands under your knee instead of out in front of the body; this helps with shock absorption. The picture shows an exact example of this.

Take note of your style of running next time you find yourself enjoying the feel of the air in your face. If over-striding is an issue you’re struggling with, and you’re finding it hard to work on yourself, book in to see one of our physiotherapists here.

Previous Post
Bone density, osteoporosis and resistance training, what it means for you? [2022]
Next Post
Headaches and a migraines, what’s the difference ?